Tickets for West Michigan Student Showcase 2023 will be available in February.

A list of which schools will be represented on which night will be listed below:

Note: All Awards are presented following the show on Thursday night.

Every Showcase nominee receives a free ticket to the performance. Please go to the Box Office during their hours of operation or pre-show to reserve your ticket in-person, as they must check you off from our nominees list to give you your free ticket.

The West Michigan Student Showcase has been a staple along the lakeshore  for nearly  42 years.  This annual celebration showcases close to 250 students from 35 different school districts throughout Muskegon, Ottawa, Oceana, Newaygo, and Mason Counties.

Join us on March 15 & 16, 2023 at the lovely Frauenthal Theatre to experience this amazing display of local youth talent!

The list of our 2022 Academic & Athletic Honorees is now available as part of our virtual program!

Click to open the document that lists the honorees and their accomplishments.

Calvary Christian School – Elisha McKee – “Without You?”, “Can’t be without you”, “Where do I go with my emptiness?”

Fremont High School – Kaitlyn Bergman – “I Am From”, “Inside Me”, “The Count Down”

Grand Haven High School – Kaitlan Balsam – “How It Feels to be Seen”, “What is Life Without the Sun?”, “Days Pass Like Foggy Dreams I Can’t Quite Remember”

Montague High School – August Hawley – “jouska”, “i leave everything unfinished (but i guess that’s better than nothing)”, “in which i write the same poem again”

Reeths-Puffer High School – Emma Dibble – “Golden “, “A Modern Take On Art”, “A Letter From My Heart To My Brain”

Reeths-Puffer High School – Andrew Hayes – “Goats on Boats”, “An approximation of the location of my home.”, and “The Mallard” (Poetry)

Spring Lake High School – Kailey Kuhlman – “Letter to the Dandelion”, “Lavender Love”, and “The Earth Beneath Us” (Poetry)

Synopsis: This is kind of like a short film about going out in life and doing what YOU want to do, not what others think you should do. I go over what all happened in the past year or so, and then start to show the upside of thing that we can do next year to make it the best year of our lives.

Synopsis: A man is trying to deal with his emotions after losing someone he loved. Throughout the story he gradually starts accepting the truth and moves on. The story is told through the notes he writes while on a nature walk.

Synopsis: For months Kim was excited to get her license, it was a symbol of friendship to her and her best friend Maddie, or at least she believed it was the both of them who thought this. The day she receives her license she discovers Maddie at another friends house. It turns out that the whole time that Kim was excited, Maddie didn’t reciprocate these feelings and had been driving around with her new friend, Steph. Kim, extremely hurt, stomps away after screaming at Maddie about how their friendship didn’t seem to mean much and goes home. While at home she reflects on what she has done and comes up with a plan, she will get rid of the competition, impulsively she messages Steph and requests they meet up. The next day at their picnic, Kim goes through with her plan and murders Steph with poisoned food.

Synopsis: “Women With Hemophilia: Understanding Medical Bias” is a documentary about how medical bias often works specifically against women. It spotlights women with hemophilia as an example and highlights the voices of a few women who live with hemophilia. We asked them about their experiences with their diagnosis and how they believe women can work to combat medical bias.

Synopsis: Our White Cloud Media Club (WCTV) was provided with an amazing opportunity to interview Daniel Ament, the first ever to receive a Double Lung Transplant due to vaping related illnesses, via Zoom, on February 23, 2021, thanks to Spectrum Health and the Newaygo County Headway Coalition. Ament is the world’s first double-lung transplant recipient. At the age of 16, he became severely ill from vaping and was on life-support for 29 days. He underwent double-lung transplant surgery in 2019.

Today, Ament is committed to sharing his story publicly and launching a non-profit organization that will encourage young people to live a healthier and happier lifestyle and improve overall mental wellness with training for counselors, coaches and parents to provide alternatives for coping with the pressures of being a teenager void of substances. He has spoken nationally about the harm of nicotine use and vaping, and has appeared on ABC’s “Good Morning, America” and on CBS. 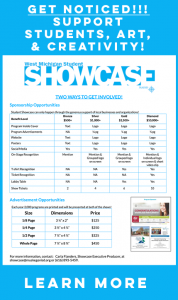